A YEAR WITHOUT SUMMER

A YEAR WITHOUT SUMMER
EDOARDO CAIMI 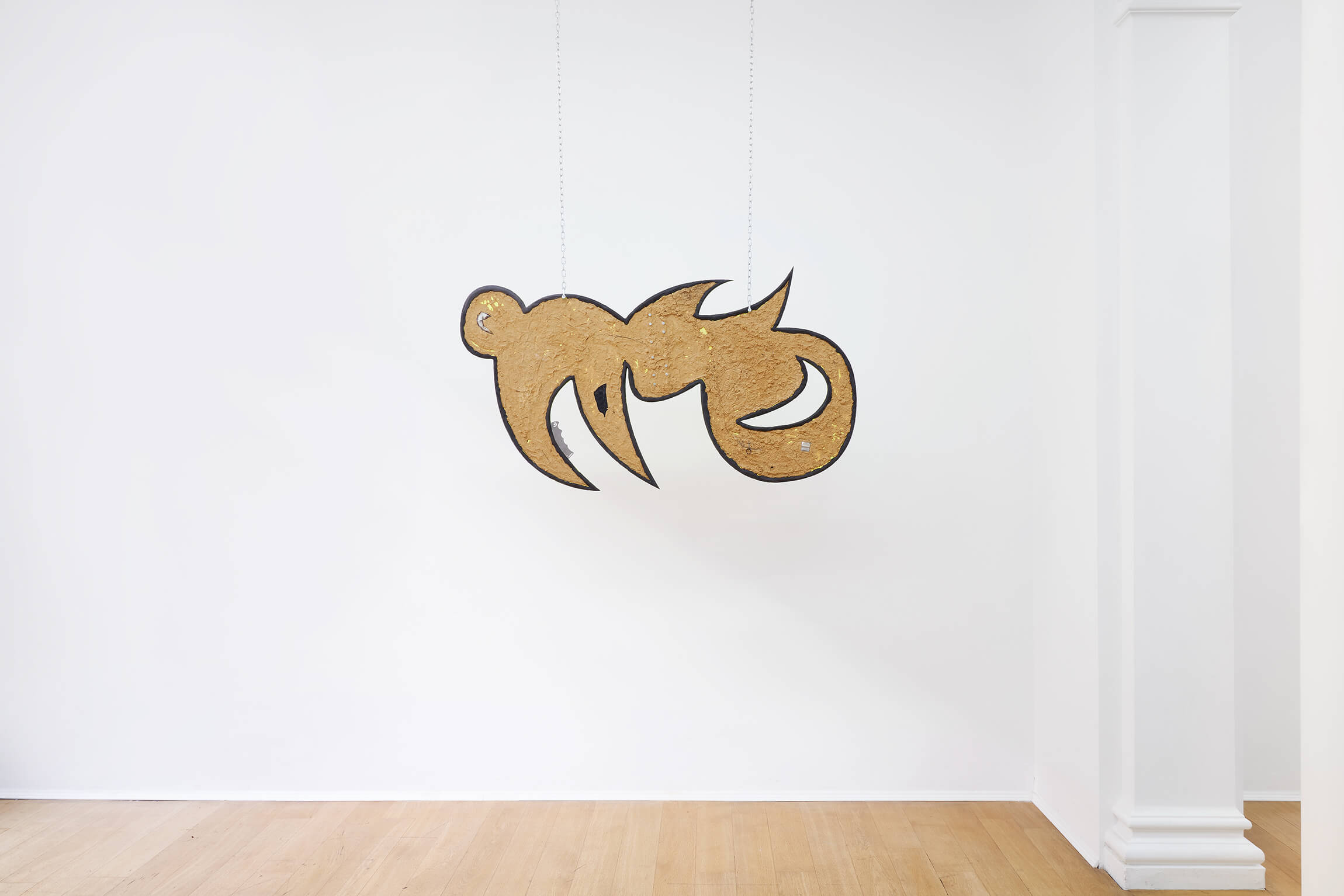 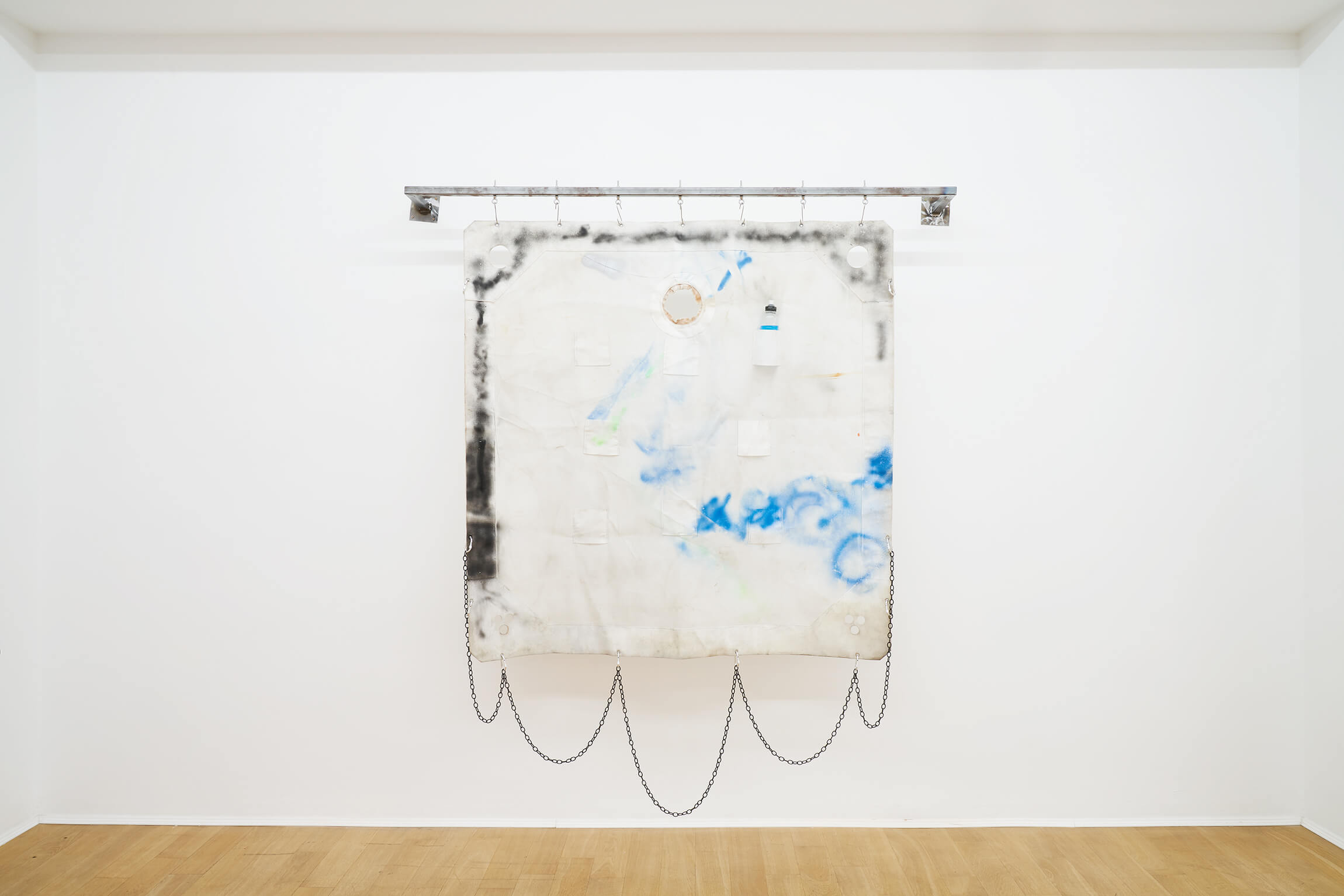 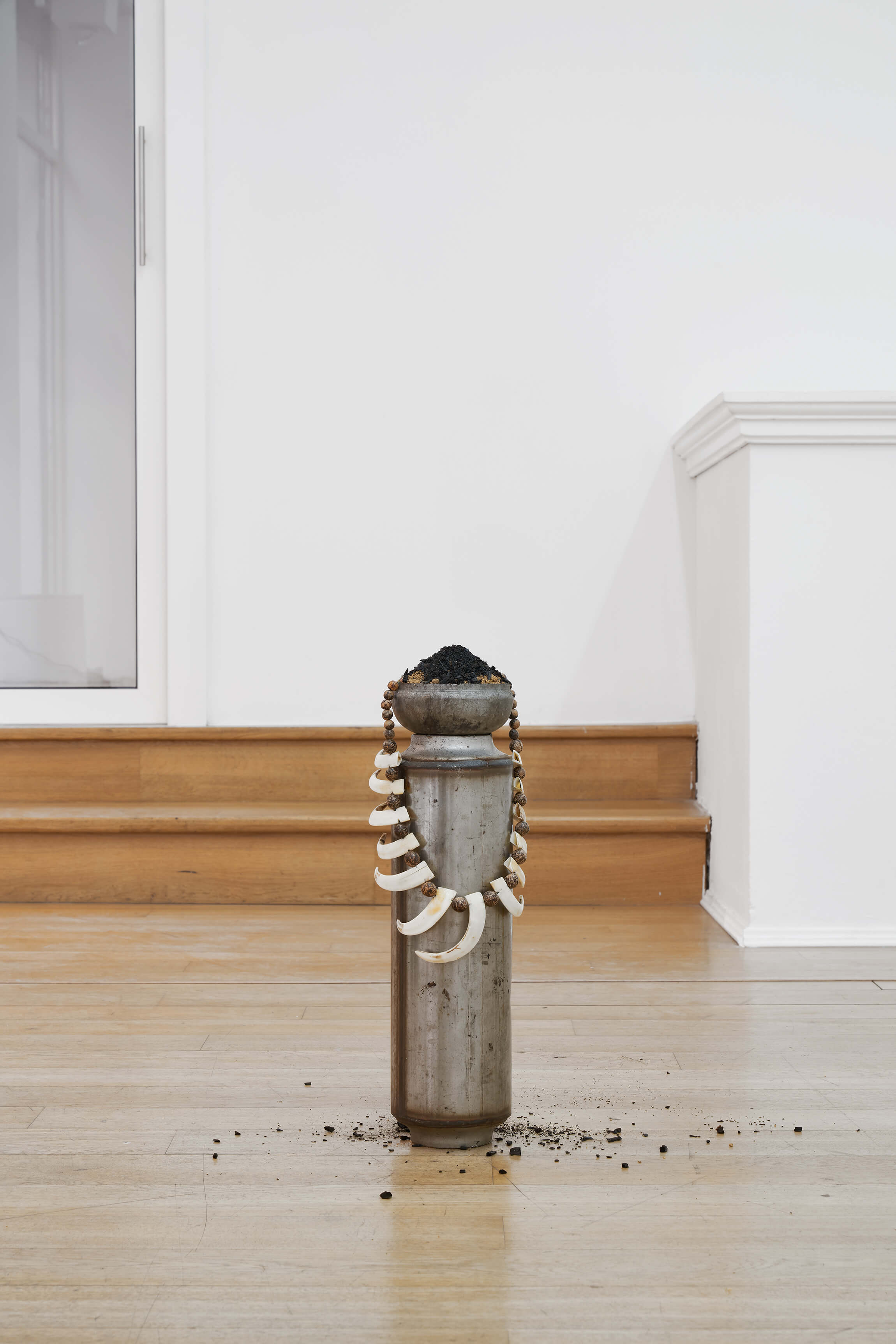 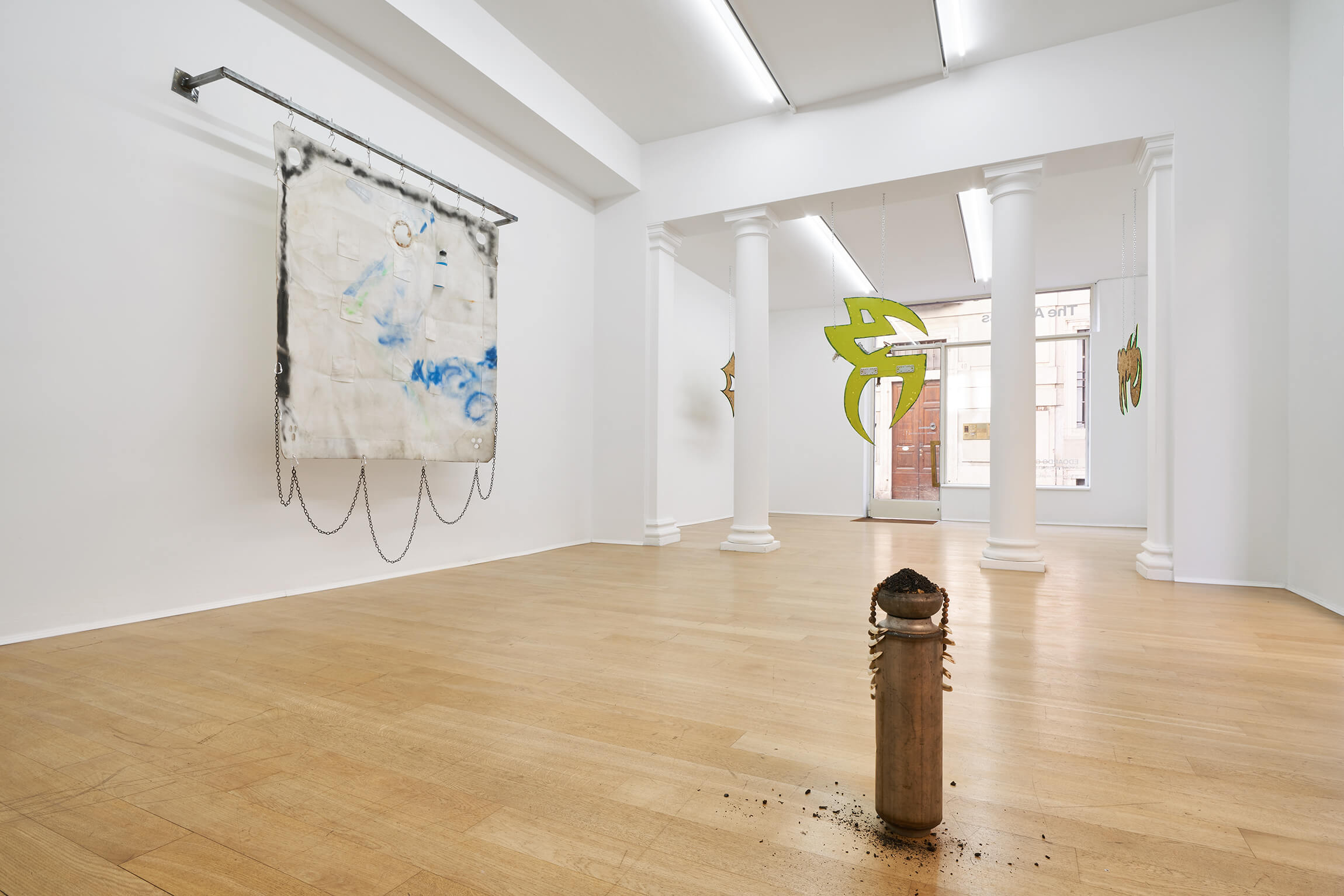 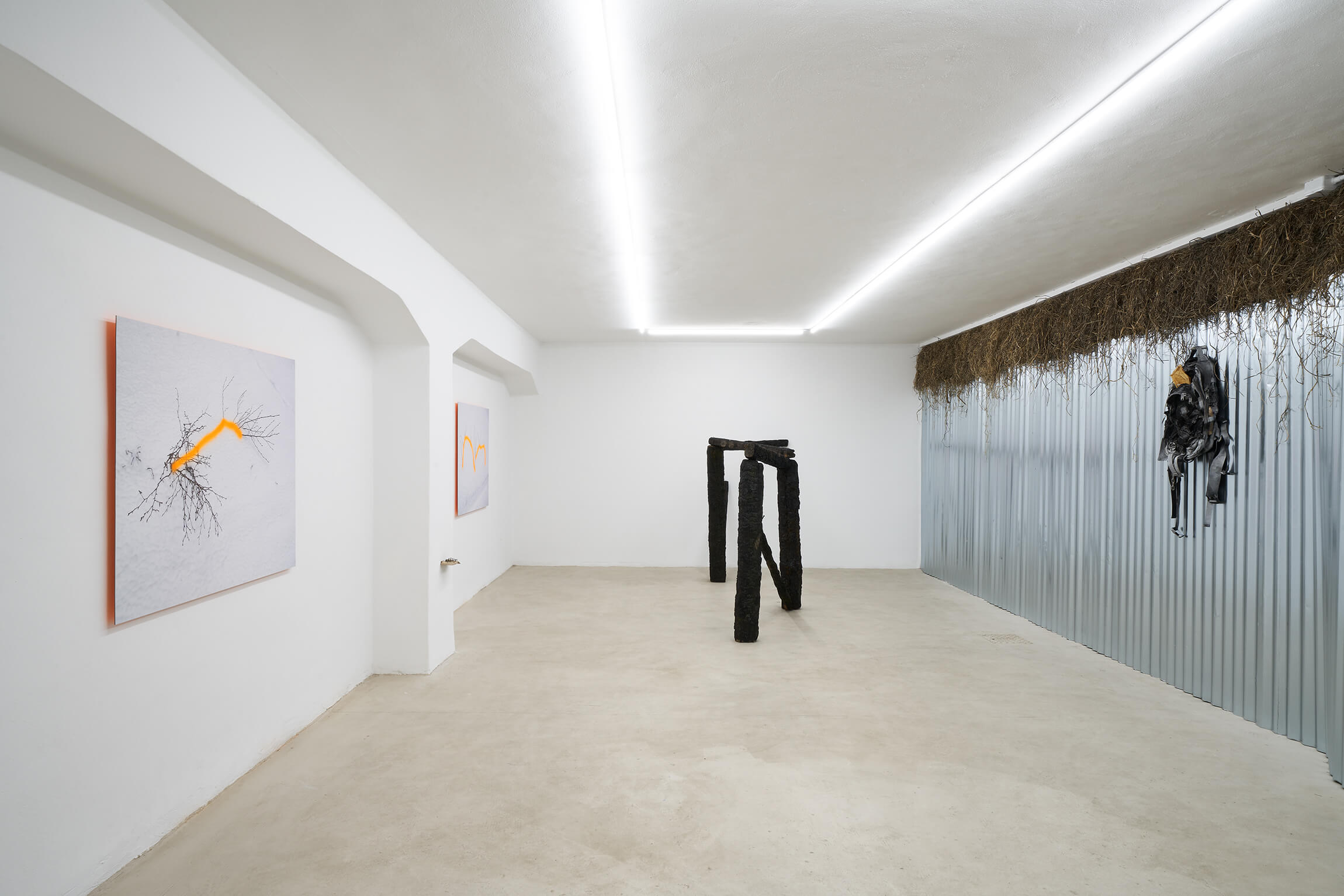 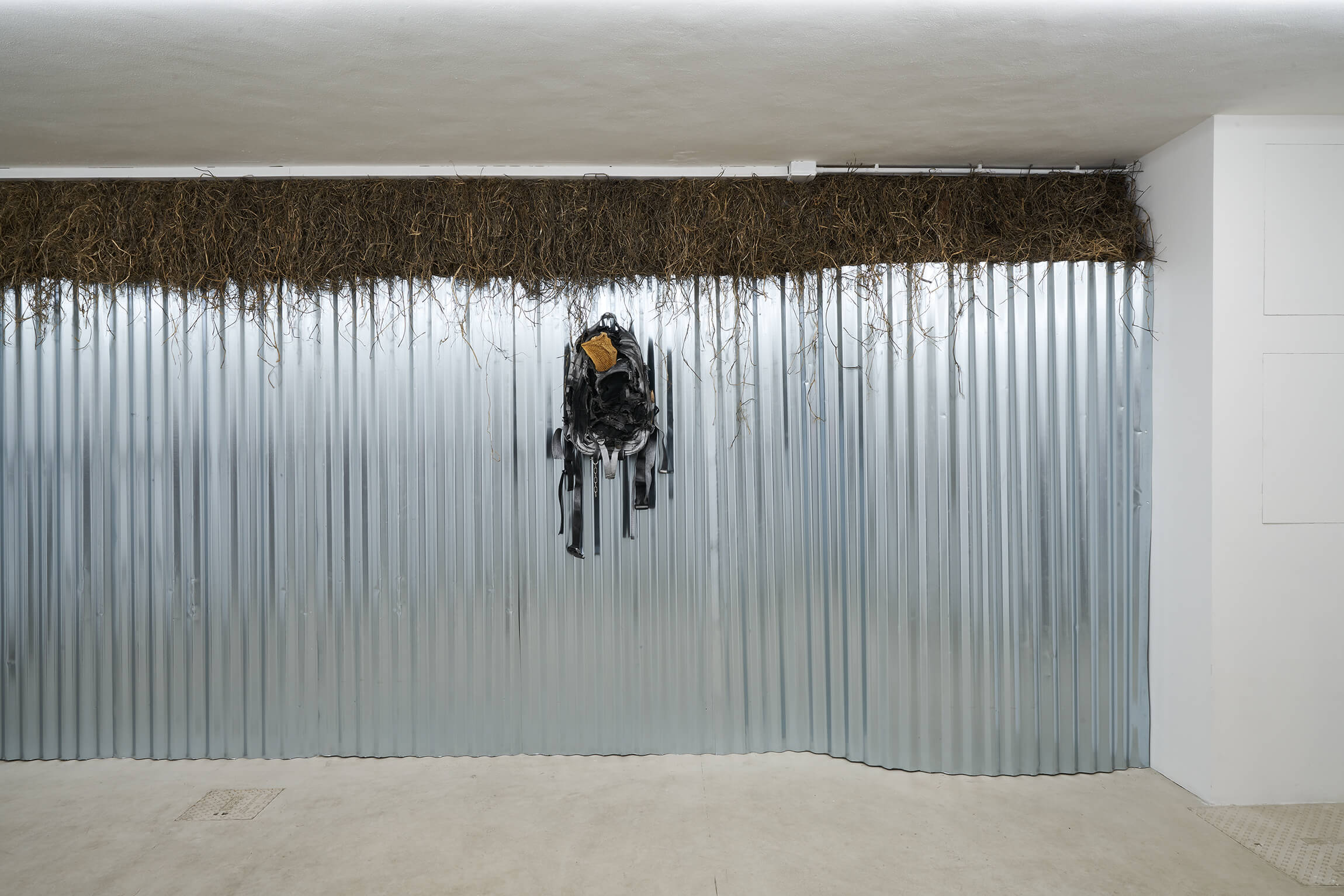 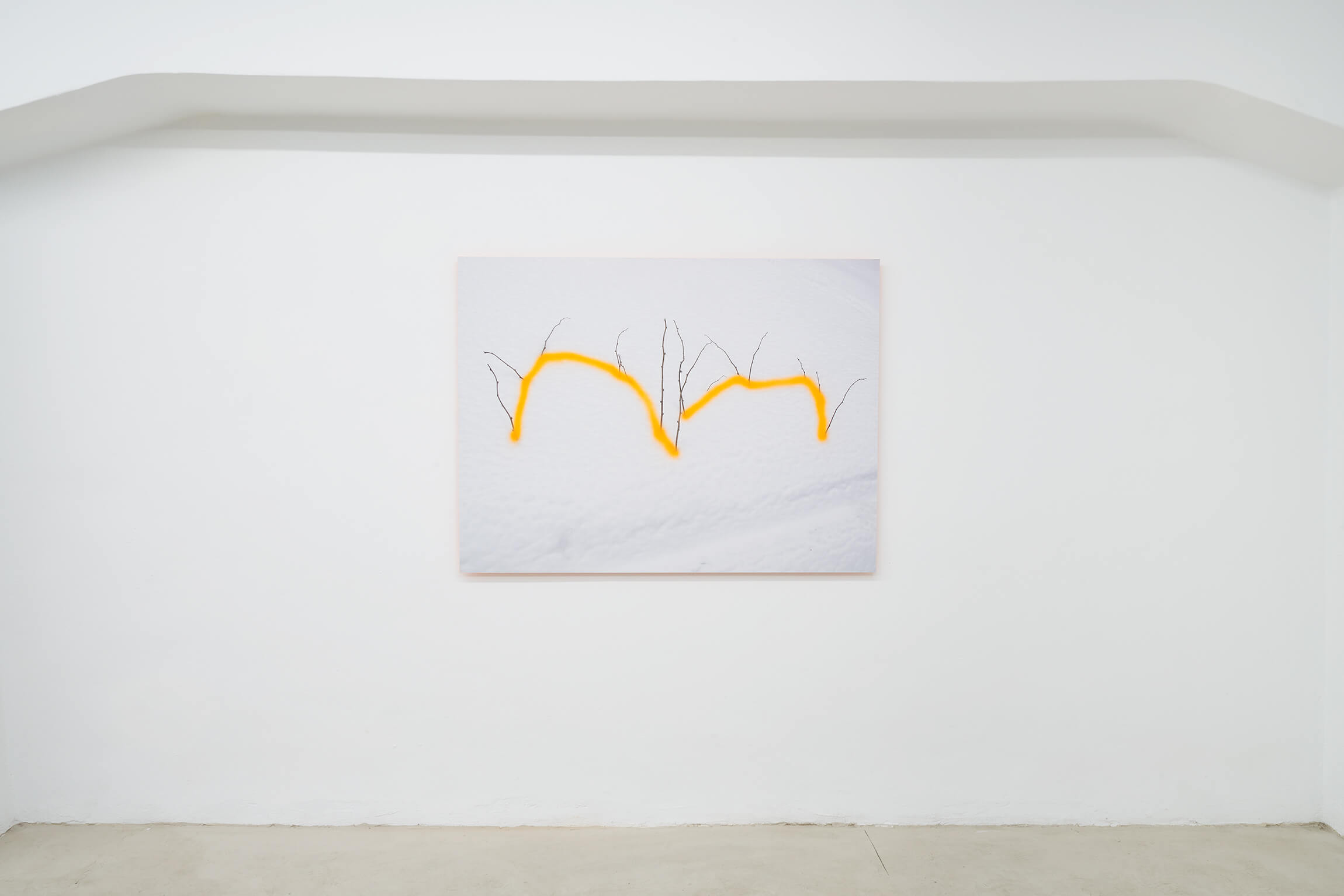 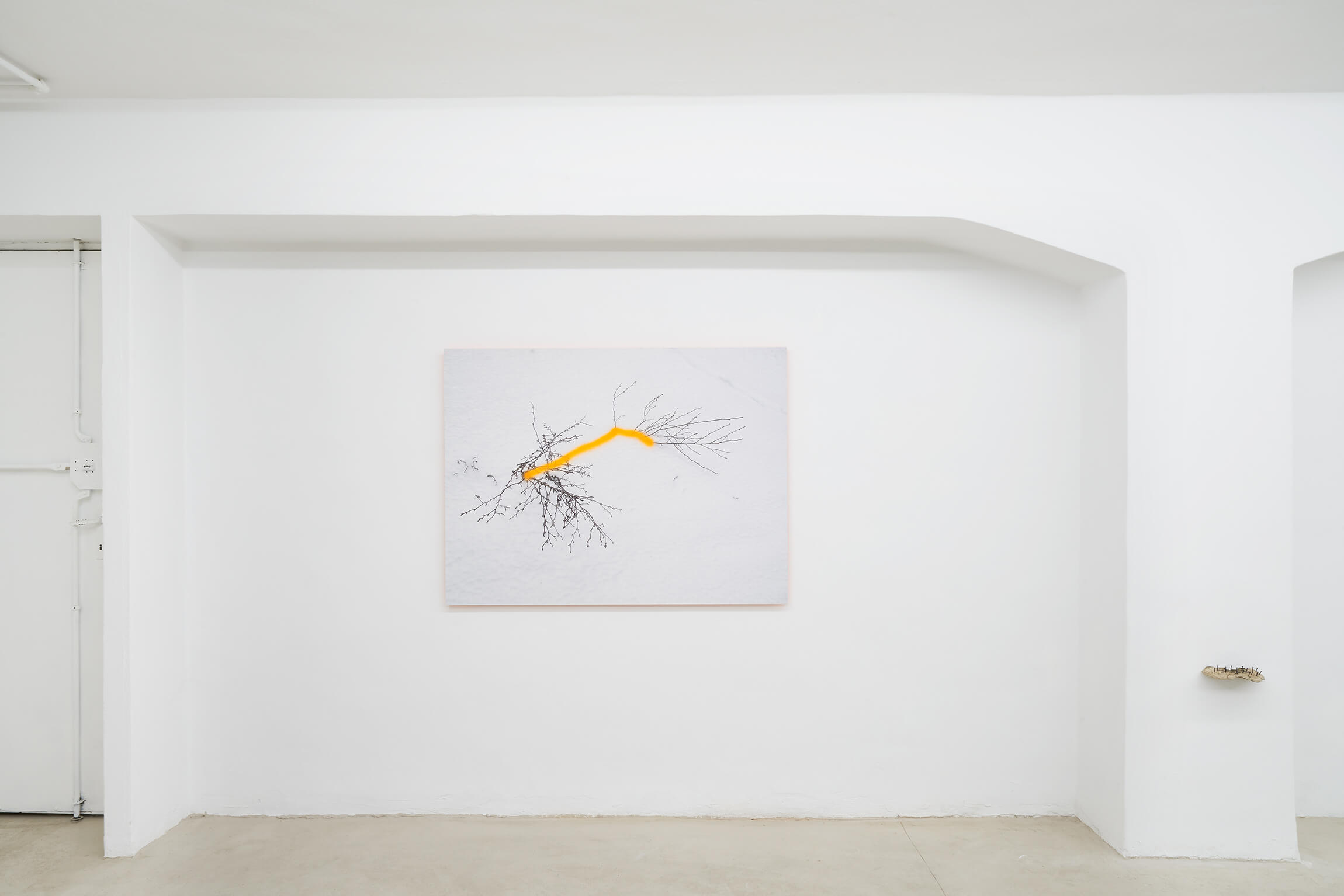 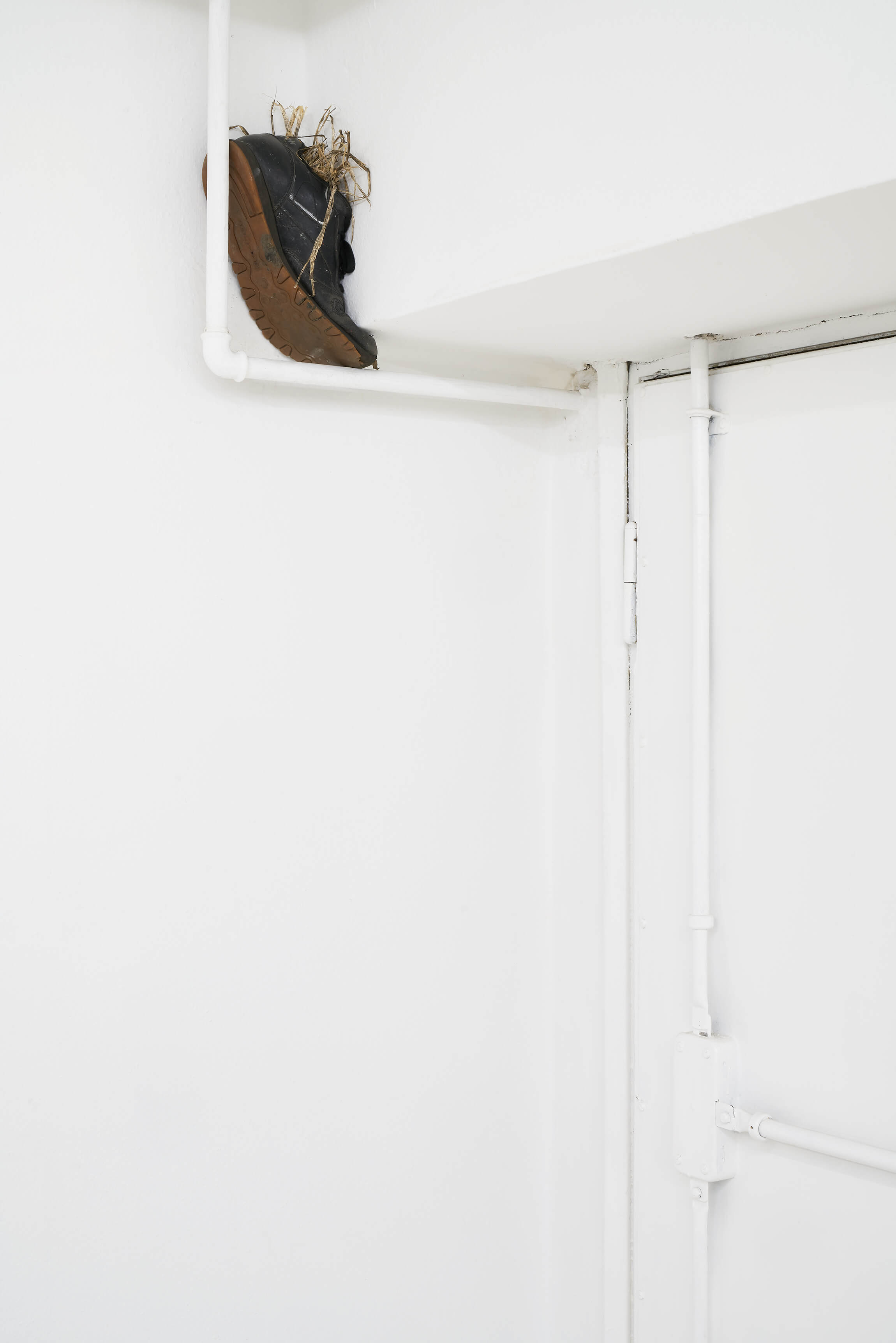 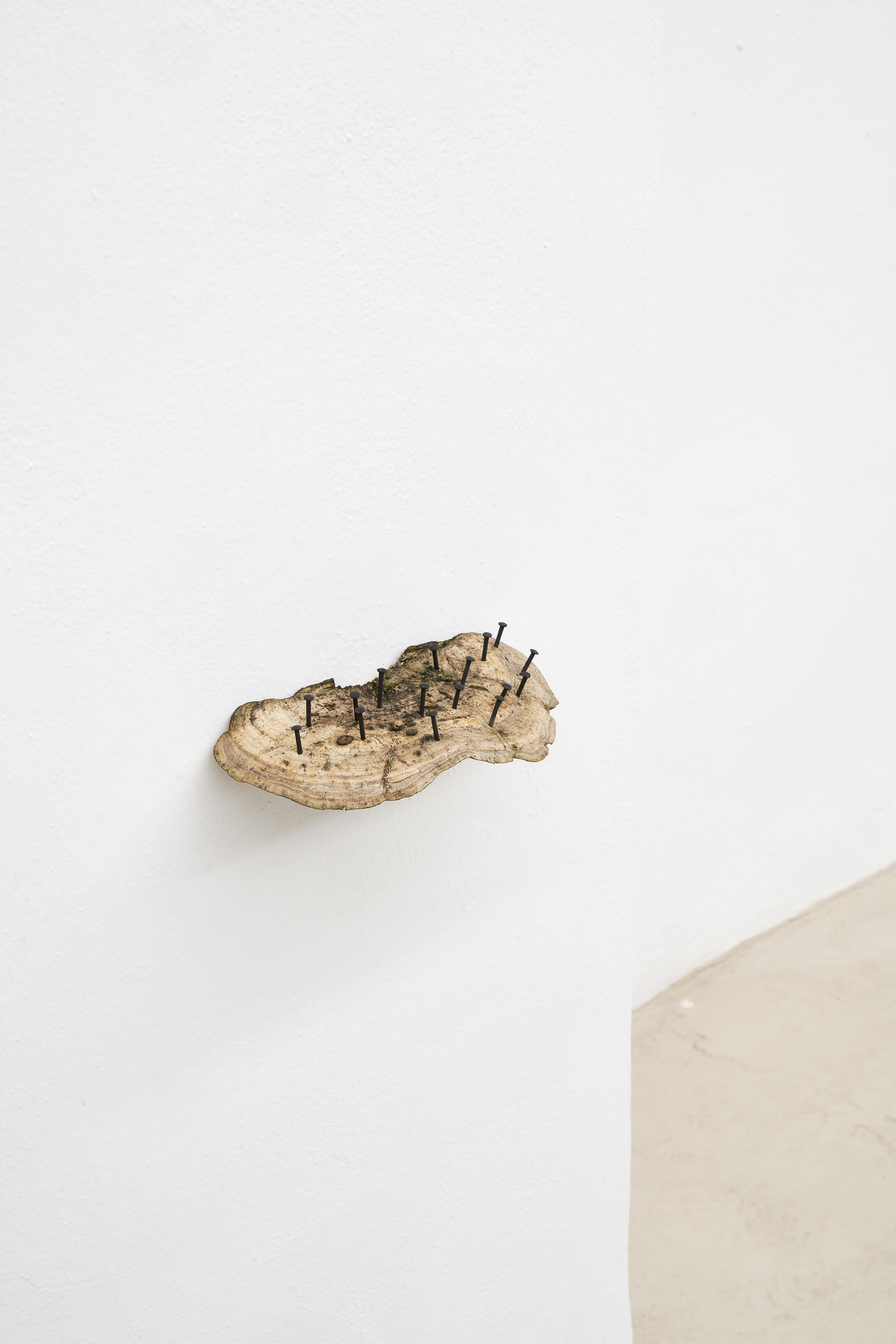 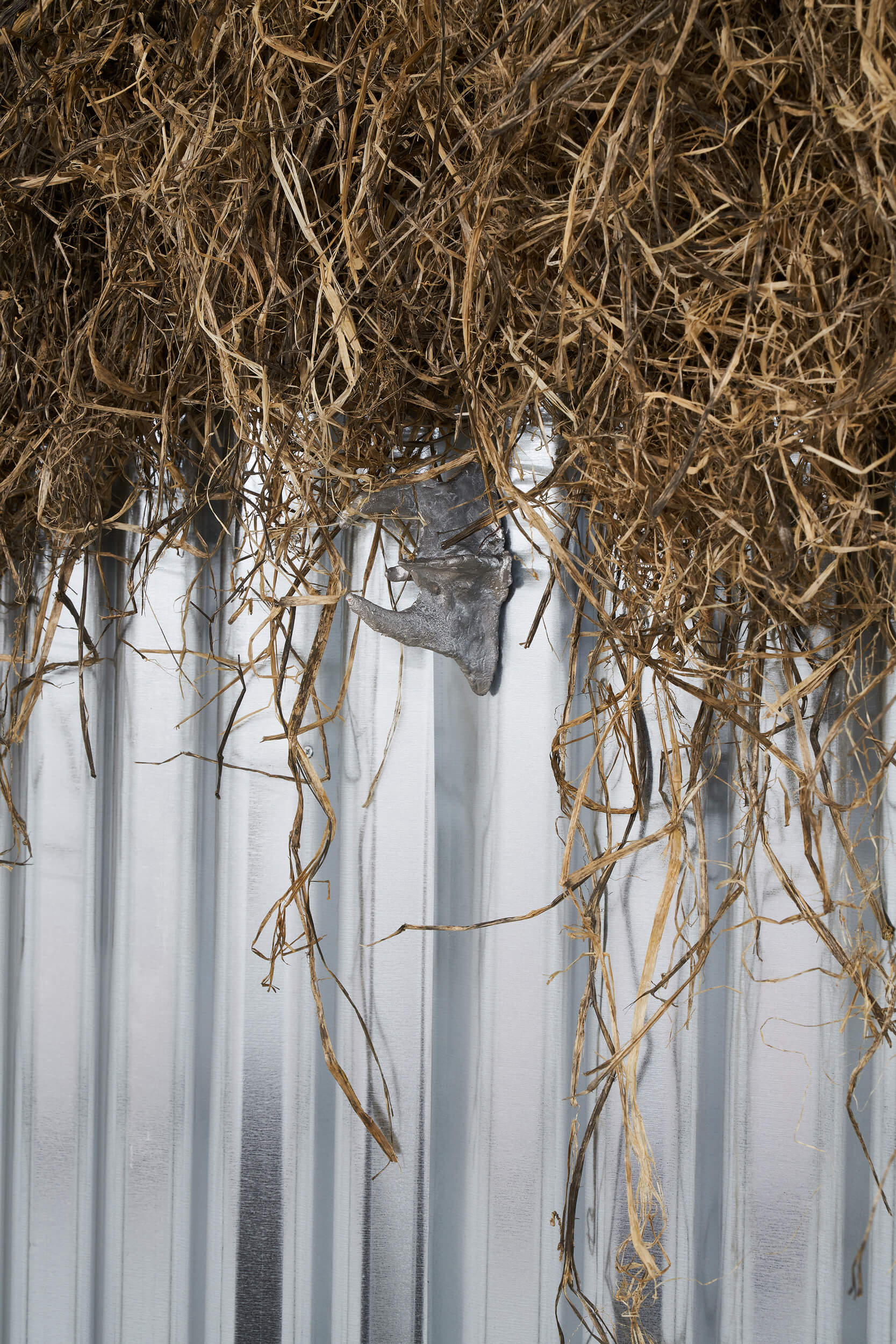 The Address gallery is pleased to present the first solo exhibition of visual artist Edoardo Caimi, whose research investigates the contrapositions between the contemporary and the primitive, the technological and tribal, consumer society and nature, short-circuiting these worlds against the background of the modern imaginary of disaster.

In 1816, a dense cloud of sulphur and dust covered the planet. The explosion of the Tambora, a stratovolcano in Indonesia, was what in technical jargon is called VEI-7, or supercolossal: 100km3 of cinereous matter dispersed in the atmosphere with a roar heard up to 2000km away and a couple of kingdoms swept away in a heat wave.

For a whole year the sun was dulled by layers of soot, it was “the year without a summer”, whose memory and cultural significance is preserved in the suggestions of Romanticism and in the relationship between man and catastrophe, between culture and nature, conjugated by the figure of the last man.

The exhibition A Year Without Summer by visual artist Edoardo Caimi, in a certain sense is the outcome of the suggestions of this small stratovolcanic apocalypse. The stories and the testimonies of the red snow fallen in Italy, of a barren and dry wasteland covered by muffled skies, a sooty blanket in a true nuclear-winter style - how much familiarity we have with these images today.
The changes and the natural cultural cataclysms of the contemporary world have deep roots in these events and a year without summer, maybe the next one, is nothing foreign to the current imagination.

Drawing as much from suggestions of the current scenarios of disaster as from the peripheral territories of suburban environments, both physical and imaginary, Caimi narrates the populated ruins of contemporaneity. The gallery is crowded with clay graffiti, carbonized rubble, straw and industrial residues, and becomes an evocative receptacle of a geography infested with signs and ruins.

It is in fact in the landscapes stained by the urban sprawl and underpinned by the logistical ruins of an accelerated modernity that Caimi places the figure of the survivor and his artistic practice. The 21st century survivalist navigates amongst straw, earth, burnt ruins and tires abandoned in industrial rubble, where chemical collapse and organic instability are constituent elements of a chimeric, mestizo nature.

In the exhibition, the graffiti and the outline traced in the disused suburbs, always dear to the artist, infest the natural landscape, repack the dry hay and clay dirtied with plastic and metal sheets and translate the post-industrial imagery into forsests and soils.

Caimi confronts us with a contaminated landscape, crowded with chemical ghosts and electric soils: a scenario that evokes tribal and communicational practices in which the suburban imaginary and the post-catastrophic one mix. They are neo-shamanisms; mobile phones that sizzle in the ionic darkness of a red night, fluorescent mosses on burnt lands and limpid mana like the water of mountain streams.

Stirring the evocative images and suggestions of neo-primitivism in a survivalist key, and moving in the incurable conflict between center and periphery, on territories torn by urbanity and infested by sheds, Caimi sets up here the places of the disaster as scenographies in which to imagine other forms of habitability.